M&A lawyers: we are not above criticism.

M&A has been characterized as a bloodsport. In a strategic transaction, the stakes are high for all concerned: careers, reputations, and business and financial fortunes and are on the line. In addition to the high stakes, the one-off relationship between a typical

The dignity of legal representation
18 Oct 20

In Lawyers as Upholders of Human Dignity, Georgetown Law Professor and legal ethics guru David Luban explains how advancing and maintaining human dignity is a fundamental cornerstone of our profession. Indeed, it is  “what makes the practice of law worthwhile.” Defining dignity as a “property of relationships between humans," Prof. Luban articulates how the right to legal representation in criminal cases neatly encapsulates the notion of the law as a defender of human dignity. 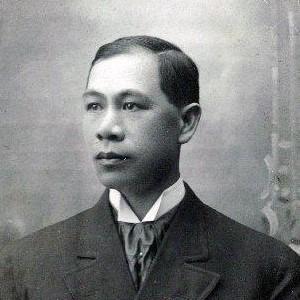 Born in 1860 in Xiangshan, Guandgong Province, China, Hong Yen Chang eventually made his way to America to study as part of the national China Educational Mission. He was 13 years old. His father had passed away three years earlier.

For the next nine years, he lived and studied in the US, residing with different families in various states. While at Yale College, the Chinese government abruptly terminated Hong Yen Chang's educational mission, and he was recalled back to China.

This was a temporary setback for Hong Yen Chang. A mere two years later, he found his way back to America. He later graduated with honors from Columbia Law School. In 1888, Hong Yen Chang was admitted to the Bar of New York. He became the first Chinese immigrant licensed to practice law in the US.

Redline is now LIVE
Arena lawyer
Moderate respectability with a dash of prestigious servitude
The power of peer production
Lawyers with low psychic energy
Elaborate living by lawyers is rare
Deal lawyers—shirkers and grand-standers, the lot of you
The dignity of legal representation
A lawyer with mojo: Hong Yen Chang
I call bullshit