What if morality has nothing to do with contracts? 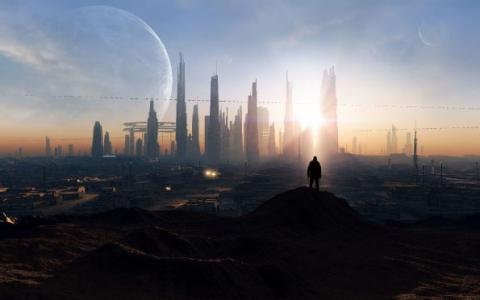 The basic assumption of our daily work as lawyers is that generally, people will follow the terms of an agreement, and that compliance is the default mode of operation. A widespread normative aversion to intentionally breaking contracts is a fundamental societal assumption. This assumption informs our work as lawyers in negotiating and drafting agreements.

What if this was not a valid assumption? What if we lived in a world where contract compliance was a simple matter of dollars and cents?

Efficient breach theory states that an economically rational actor will comply with or perform a contract only if the costs of breach exceed the costs or gains of compliance. If a party can calculate with reasonable certainty the losses arising from breach, including compensation for damages to the counterparty that may be payable under the terms of the contract, and weigh that against a measurable gain that exceeds those predicted losses, the breach-efficiency advocates would say that breach in this situation is socially beneficial.

In other words, breach is a good thing. Yes, you intentionally walked away from your obligations, but your conduct is rational—and certainly should not be considered socially undesirable, or subject to any kind of punitive or social sanction. You made a reasonable cost-benefit analysis, or so the theory goes.

Efficiency is not generally regarded as a sufficient ground for the law to permit, and indeed encourage, such an apparent wrong. There are no analogous doctrines of efficient conversion or efficient theft, for example.

When Alice contracts with Betty, Alice expects Betty to perform. She doesn't expect Betty to either perform or pay damages to Alice if Betty chooses not to perform. Likewise, Betty’s own natural and customary understanding of this transaction is that she is promising to perform. Both expect that an obligation has been made and will be honored.

The essential purpose of a contract between commercial [parties] is actual performance and they do not bargain merely for a promise, or for a promise plus the right to win a lawsuit ....

Nevertheless, imagining a world without the moral compulsion to honor contracts can be an interesting thought experiment. What if the efficient breach theory became the prevailing view, such that the normative aversion to intentionally breaking contracts did not exist? In what ways would the practice of law change? How would we be impacted as lawyers?

If the societal sanctity of one's word completely falls away, and if every clause in every contract may be freely broken as the result of a cold cost-benefit analysis, the psychology of those charged with drafting and negotiating agreements would change. If we lived in such a world, it’s not difficult to envision liquidated damages clauses becoming more common and more readily enforced.

Imagine a world where breach events would be reduced to a monetary value that must be paid on demand. Businesses would press the case that they must be allowed to fix a dollar value to noncompliance, especially for confidentiality and similar affirmative obligations, so that the costs of breach are not subject to dispute and subsequent adjudication. Breach must be efficient, after all.

The more powerful companies would be in a position to enforce subservience to contractual obligations upon less powerful entities via imposition of liquidated damages assigned to every significant obligation in the agreement. Even if the rule remains that liquidated damages must be a reasonable estimate of loss, that "estimate" will be subject to negotiations or, even worse, one-sided terms of adhesion. And naturally, smaller companies or less powerful entities would lose those negotiations more often than not, especially given the resulting imbalance in legal resources caused by increased transaction costs.

For larger companies, compliance would hinge on cost-benefit analyses, on simply quantifying amounts due and payable. If breach can be considered a simple matter of wiring payment, then breach will be more commonplace for those who can afford it. See e,g,, Uri Gneezy & Aldo Rustichini, A Fine is a Price, 29 J. LEGAL STUD. 1 (2000) (daycare that started imposing a monetary fine for parents late in picking up their children saw an increase in dilatory behavior, not a reduction as predicted).

Smaller companies, without necessary resources, would consider non-compliance with even the most anodyne of contractual obligations to be unthinkable. In short, one possible characteristic of such a world would be the routine enforcement of liquidated damage amounts that are inevitably in excess of actual loss, and consequently a considerable transfer of power and leverage in favor of those already powerful.

[C]ontractual terms fixing damages in an amount clearly disproportionate to actual loss seek to deter breach through compulsion and have an in terrorem effect: fearing severe economic loss, the promisor is compelled to continue performance, while the promisee may reap a windfall in excess of his just compensation.