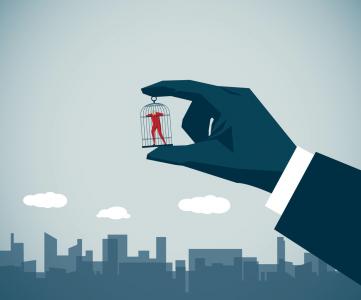 It's good to be reminded of how fortunate we are to be practicing law in a society that upholds the rule of law, at least as a general matter nowadays.

From Alex Batesmith and Jake Stevens comes a compelling piece of scholarship, In the Absence of the Rule of Law: Everyday Lawyering, Dignity and Resistance in Myanmar’s ‘Disciplined Democracy’, Social & Legal Studies (2018) (citations omitted; emphasis added):

On 29 January 2017, U Ko Ni was shot dead as he waited for a taxi outside Yangon International Airport in Myanmar. A prominent constitutional lawyer, acclaimed reformer and senior legal adviser to Daw Aung San Suu Kyi’s National League for Democracy (‘NLD’), he was working on creative legal strategies to circumvent the constitutionally-enshrined political power still held by the Myanmar military. The murder of such a skilled legal activist who was deeply immersed in using legal strategies to embed the rule of law speaks directly to the dangers of lawyering in ‘hybrid’ regimes, those countries in which elements of authoritarianism and democracy commingle.
….
In Myanmar the daily realities of the formal criminal justice system remain largely as they have been for decades. Because the rule of law is functionally absent, lawyers cannot play the same role as in democratic regimes. After General Ne Win’s military coup in 1962, lawyers and the independent judiciary were subordinated as in other socialist-totalitarian regimes. The courts were co-opted as organs of State policy, although the former colonial legal procedures as well as much of the substantive laws were retained. However, private lawyering was not officially prohibited, and memories of the normative force of the law were kept alive even through the most repressive years of military rule.
…
Prior to the [Myanmar military] coup in 1962, law was an elite profession, but it has subsequently become degraded under military rule. The formal justice system operates very much as a market place, with bribes and facilitation payments changing hands depending on the size or type of case and the particular action required of the judge, prosecutor or police officer.

In this system lawyers are portrayed as skilled not in the law but in the relationships, market prices and pressure points necessary to secure a favourable outcome for the client. Lawyers do not have a privileged status in society, and law is thus not seen as a prestigious occupation. Myanmar lawyers also remain disadvantaged in education, independence and access to information. This diminishes their ability to identify and respond to governmental overreach.