Nothing left of consequence 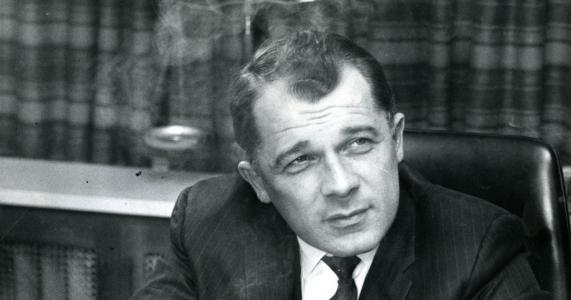 At this time 27 years ago, OJ Simpson was acquitted in Los Angeles Superior Court of the murders of Nicole Brown Simpson and Ron Goldman. The jury deliberated for less than four hours. The government's case was doomed primarily by a single government witness, Mark Furhman.

Simpson’s group of defense lawyers, which would come to be known as the “dream team,” included F. Lee Bailey (shown in photo). Bailey conducted the cross-examination of Furhman, a detective with the LAPD. It was Furhman who discovered a right-handed blood-covered glove at Simpson’s residence that matched a bloody glove found at the scene of the double-homicide. The blood from both gloves was identical, and DNA evidence from the left glove revealed a mix of Simpson’s blood and that of the two victims.

The theory of the defense was that Mark Fuhrman was a racist and had planted the glove at Simpson's residence in order to frame Simpson, or at least, to pump up the case against him. The actions and testimony of Furhman were more than enough to implant reasonable doubt in the minds of the jury members.

During Bailey’s cross-examination of Fuhrman, Bailey trapped Fuhrman into a blatant, easily refuted lie: Fuhrman’s insistence that he had never once uttered a racial slur during the last ten years of his life. Soon after, the defense played for the jury tape recordings of Fuhrman’s voice in which he not only used racial slurs repeatedly, but additionally related frequent instances of LAPD police brutality and evidence-planting against African-Americans.

Fuhrman would never take the stand to refute the recordings or counter the allegations against him. He pled the Fifth Amendment (the right against self-incrimination) outside the presence of the jury, including to the questions, “Has your testimony in this case been truthful?“, “Have you ever falsified police reports?”, and, “Did you plant or manufacture any evidence in this case?” Fuhrman later pleaded no contest to perjury.

The defense wanted the jury informed that Fuhrman had pled the Fifth. Judge Ito rejected that, citing a line of cases that warned against inflaming the jury with a statement that might be wrongly perceived to be an admission of guilt. Instead, the jury was instructed:

In the documentary film, OJ: Made in America, Bailey is interviewed about his strategy for Fuhrman’s cross-examination. It was simple, he said. Go after Fuhrman’s racism. Once that’s “cut" out, Bailey explained, “there’s nothing left of consequence.”