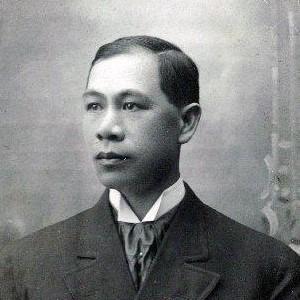 Born in 1860 in Xiangshan, Guandgong Province, China, Hong Yen Chang eventually made his way to America to study as part of the national China Educational Mission. He was 13 years old. His father had passed away three years earlier.

For the next nine years, he lived and studied in the US, residing with different families in various states. While at Yale College, the Chinese government abruptly terminated Hong Yen Chang's educational mission, and he was recalled back to China.

This was a temporary setback for Hong Yen Chang. A mere two years later, he found his way back to America. He later graduated with honors from Columbia Law School. In 1888, Hong Yen Chang was admitted to the Bar of New York. He became the first Chinese immigrant licensed to practice law in the US.

Signed into law by President Chester Arthur, the Chinese Exclusion Act of 1882 was one of the most significant restrictions on immigration in US history, prohibiting all immigration of Chinese. Immigration of persons of other races was unlimited during this period. Anyone else could enter without restriction at that time (ie, "open borders"). The Act was the precursor to subsequent exclusionist policies targeted at the Japanese.

Hong Yen Chang nevertheless prospered in San Francisco with his wife. He ultimately enjoyed a successful career in banking and diplomacy and became a prominent leader in the Chinese-American community.

In 2015, the California Supreme Court posthumously granted Hong Yen Chang admission to the California State Bar, acknowledging that his exclusion was a "grievous wrong".