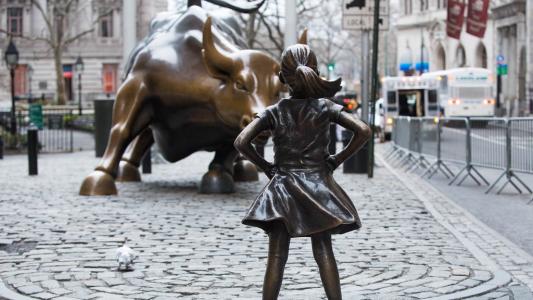 In Bullshit Jobs: A Theory, David Graebe, anthropologist and an early founder of the Occupy Wall Street movement, recounts the rise in the last century of “bullshit jobs”: occupations that serve no socially useful function, and instead cause soul-crushing psychological suffering to those forced to take on such work. Graebe contends that as much as forty percent of all jobs in the world are bullshit, which he defines as:

a form of paid employment that is so completely pointless, unnecessary, or pernicious that even the employee cannot justify its existence even though, as part of the conditions of employment, the employee feels obliged to pretend that this is not the case.

Goons are “people whose jobs have an aggressive element, but, crucially, who exist only because other people employ them.” He even goes so far as to say that if somehow all corporate lawyers were wiped off the face of the earth, “the world would be at least a little bit more bearable.” The fundamental underpinning of Graeber’s thesis is that the best way to tell if someone has a bullshit job is if that person admits it.

But throughout the book, Graeber recounts the experiences of only two lawyers: a tax litigator in Sydney, and a friend from his teenage years that gave up a career as a poet and a musician to be a corporate lawyer on Wall Street. He freely admits that his observation that “I’d never known a corporate lawyer who didn’t think his or her job was bullshit” is in fact “a reflection of the sort of corporate lawyers that I’m likely to know: the sort who used to be poet-musicians.”

Rather than attempt to refute Graeber myself, it’s all too easy to use the Google to find someone else to do it:

Let’s test it out. What if we take this fellow’s advice and eliminate all the BS (i.e., “corporate” law) jobs?

Eliminate All Contracts. Now, neither money, things, nor services move. Or, if they do, then disputes run rampant, but without a court system (a bastion of BS), we are presumably left with beating each other with clubs to resolve our disputes.

Or, use contracts, but make the business folks handle them without any legal assistance. First. There is nothing efficient about that. Just try it. Second. Without a legal system, you’re quickly back to the same result – people beating each other with sticks. In this case, even if you had a legal system, it would soon be so backed up (even by today’s standards) that you might as well not have one.

In one deft swoop, we’ve managed to bring all modern economies to their knees.