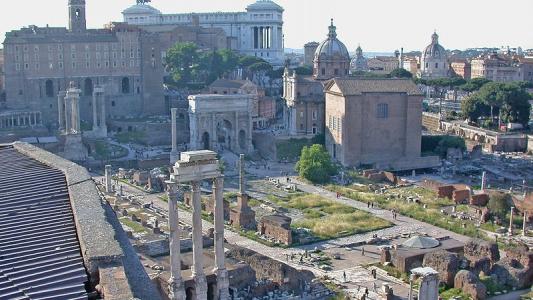 The reason there’s so much Latin in the law is that the present-day legal systems of the US, UK, Canada, Australia, and much of Europe are ultimately direct or indirect heirs to the Roman legal system, and to the attendant language and terminology imposed on its subjects during Rome’s conquest.

Over 1500 years have passed since the fall of the Roman Empire, and yet here we are as a profession, continuing to use terminology like sui generis, habeas corpus and mutatis mutandis. (A brief and fascinating explication of this can be found here.)

This is generally understood among us. But what’s with all the French in the law of the common law countries? Force majeure or voir dire, anyone? Even today, the hail that court clerks in the US and England call when the judge enters the courtroom is French in origin: oyez (citation).

Turns out that “Law French” was its own separate and unique legal lingo, thrust into the rest of the common law’s legal systems by English, Welsh and Irish lawyers in the 1400s; lawyers who “often spoke no real French”:

The earliest known documents in which French (i.e. Anglo-Norman) is used for discourse on English law date from the third quarter of the thirteenth century. … In these works the language is already sophisticated and technical, well equipped with its own legal terminology. … Until the early fourteenth century, Law French largely coincided with the French used as an everyday language by the upper classes. …

During the 14th century vernacular French suffered a rapid decline. The use of Law French was criticized by those who argued that lawyers sought to restrict entry into the legal profession. The Pleading in English Act 1362 ("Statute of Pleading") acknowledged this change by ordaining that thenceforward all court pleading must be in English ….

From that time, Law French lost most of its status as a spoken language. It remained in use for the 'readings' (lectures) and 'moots' (academic debates), held in the Inns of Court as part of the education of young lawyers, but essentially it quickly became a written language alone; …, and its vocabulary became increasingly English, as it was used solely by English, Welsh and Irish lawyers and judges who often spoke no real French.

So why was French so readily adopted for usage in English law? According to one historian:

Law French enjoyed a respectable status in its British home. Ironically the British were proud of their law French as being in some way both a symptom of and a contributor to their Englishness. … English lawyers had created a ‘highly technical’ vocabulary, their dialect was ‘tough and impervious to foreign influence’. … [T]he strength of the language was in its artificiality and how it was designed for its purpose.

: meaning attorney-at-law (lawyer, equivalent to a solicitor and barrister).

: the basic element or complaint of a lawsuit.

: marshal of the court; court attendant; entrusted to keep order.

: court acts on its own accord.

: the party commencing a proceeding.

: the party against whom a proceeding is brought.

: landowner’s pledge secured by the land.

: preventing a party from contradicting a previous position taken.

: unnecessary delay in bringing an action.

: group of citizens sworn for a common purpose.